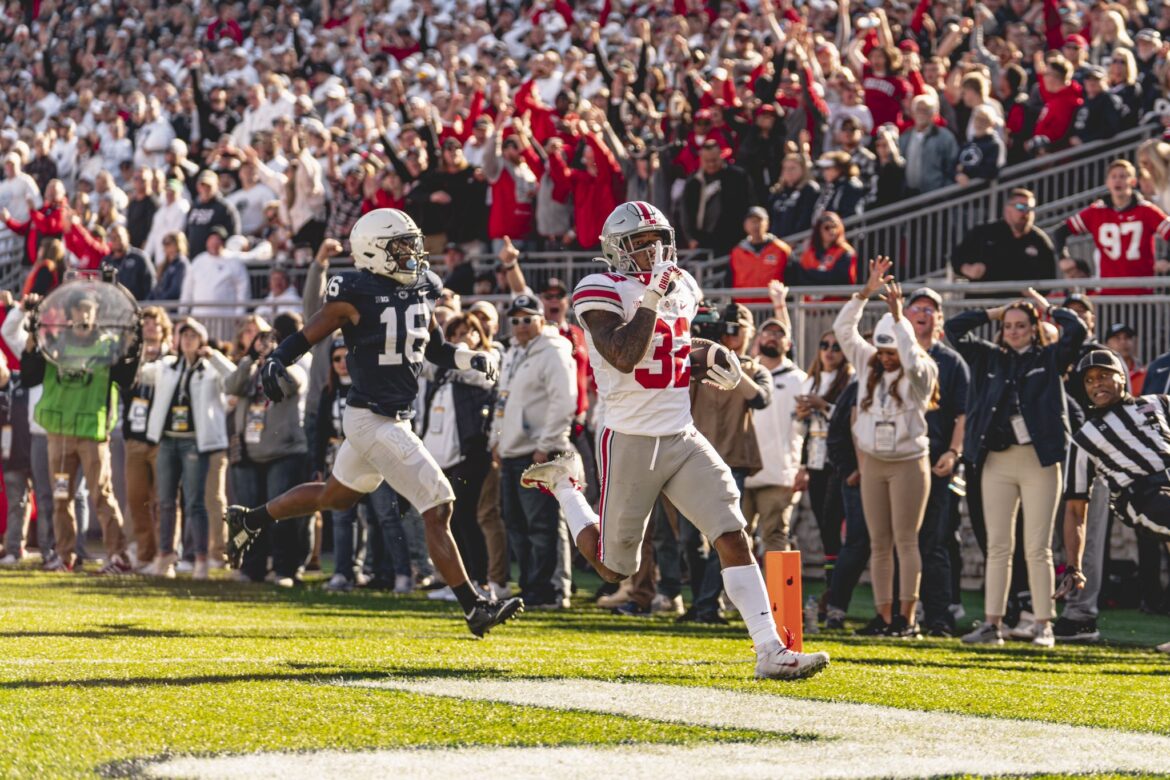 The first College Football Playoff rankings are out.

What does that mean?

It means the playoff is less than two months away.

For schools hoping to be part of the 4-team playoff, losing in the month of November is a really bad idea. In what has become a weekly segment, we are using the ESPN Football Power Index (FPI) to show the percentages that contenders are given to make the College Football Playoff.

Currently, the FPI has 17 teams that still can dream about making the playoff. Looking down the list of 17 teams below, one could realistically cut that list to seven. But this is college football and literally anything can happen.

That’s why we all love it. We broke down the playoff hopefuls into two tiers:

Most interesting about this list is that multiple teams still have to play each other. Tennessee and Georgia are playing this weekend in Athens. We will assume the winner of that game will be facing Alabama in the SEC Championship.

Michigan and Ohio State will play each other in their annual rivalry game at the end of the month. We all know the SEC has a history of getting multiple teams in. If this year’s contest in Columbus is a nail-biter, could Ohio State and Michigan each receive a bid?

Clemson only has a mediocre South Carolina team and the ACC Coastal champions in its way. Most would agree that Clemson has the cleanest path to the playoff at this point.

So you’re saying there’s a chance?

Realistically, one can cut all these teams from making it to the playoff. It’s not hard to see a one-loss Pac-12 champion easily being left out in favor of a non-champion from the SEC or Big Ten.

It’s anyone’s guess as to why a three-loss Texas team is still on this list. Ole Miss is an interesting one to watch as it still controls its own destiny, but winning out with the schedule it faces seems like a long shot.

We would love your feedback on all these percentages in the comments below!