Game of the Year? No. 1 Tennessee Visits No. 3 Georgia for SEC East Crown 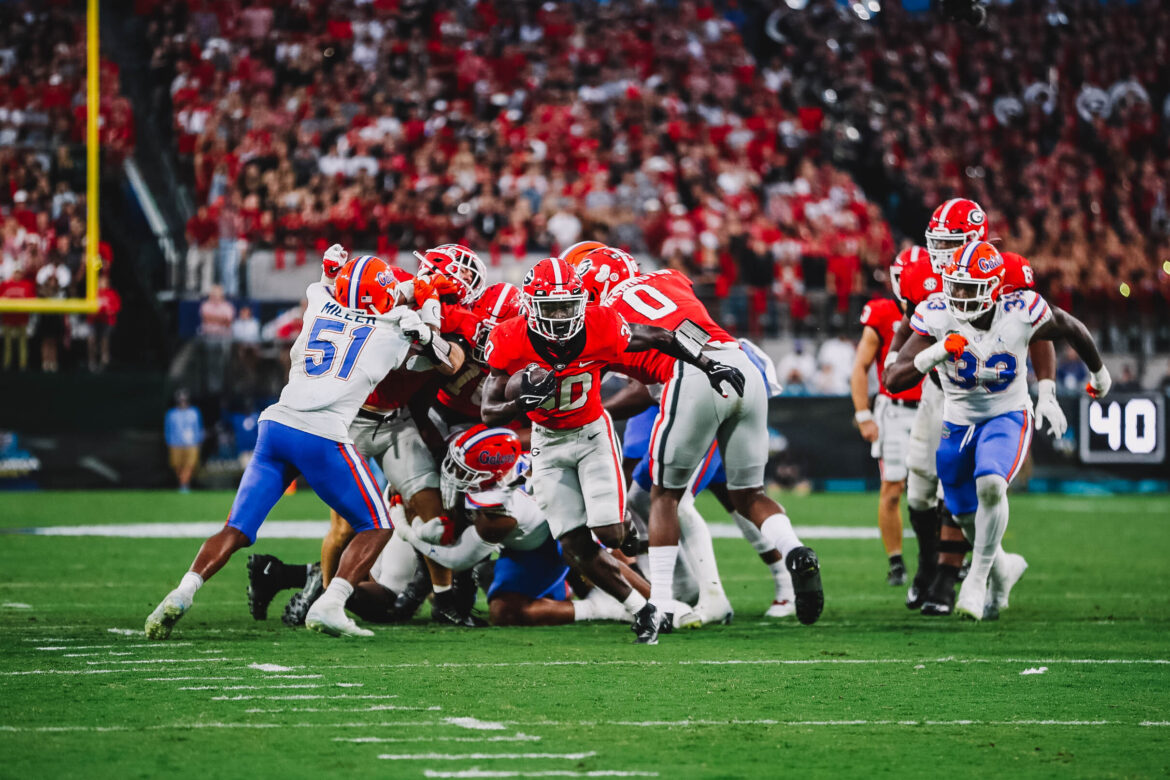 No. 1 Tennessee travels to Sanford Stadium to face No. 3 Georgia on Saturday in what some are calling, “The Game of the Year.”

The hype around this game cannot be put into words. The winner will most likely be in the SEC Championship and in a great position to make the College Football Playoff.

Both Tennessee and Georgia had tough tests this season. The infamous “trap game,” was spoke of all last week, but neither team appeared to be looking ahead.

No. 1 Georgia played longtime rival Florida in Jacksonville. Early on, Georgia was dominant and it looked like the Bulldogs were on their way to another blowout victory.

The Bulldogs led 28-3 at halftime, but the Gators came out swinging in the second half. Florida came storming back with 17 unanswered points to make it a one-possession game. Georgia pulled away in the fourth quarter for a 42-20 victory.

No. 3 Tennessee played border rival No. 19 Kentucky. In what some said had the potential to be an upset, the Volunteers played one of their best games of the year. The Vols dominated from start to finish in a 44-6 rout.

Tennessee’s offense gets a ton of notoriety, but Georgia’s offense has been very impressive as well. Both teams have older, veteran quarterbacks who are extremely smart and talented. Both have very high football IQs, but not necessarily the same strengths.

Hendon Hooker and Tennessee’s passing attack tend to steal the headlines, but Georgia actually has more passing yards on the year. This may surprise many, but Tennessee runs the ball more than Georgia while Stetson Bennett and Georgia throw more than Tennessee.

Offenses: Tale of the Tape

The two offenses will get a ton of attention on Saturday, but the defenses will determine who comes out victorious. Georgia’s defense is elite, but it has not faced an offense like the Vols’.

The Bulldogs lost a lot defensively from the 2021 team. Fortunately, head coach Kirby Smart has recruited extremely well and the Georgia defense is still the standard.

The Tennessee defense is a different story. The Vols are near the bottom in many defensive categories. Tennessee, however, does have a ton of talent on that side of the ball.

Tennessee is coming off its best defensive performance of the year against the Wildcats. The one thing the Vols’ defense does well is force turnovers. It leads the SEC in that category.

Keys to the Game

If Tennessee’s defense can get three stops, it likely wins the game. Everyone knows how dominant Georgia is on the defensive side of the ball. Even against an outstanding Georgia defense, Tennessee should be able score points.

If Georgia comes out and turns the ball over, this could get out of hand early in favor of the Vols. If Georgia’s defense comes out and forces turnovers and keeps the Vols off the field, the opposite may be true.

The key to this one is Tennessee’s offensive line vs. Georgia’s defensive line. If the Vols can keep the Bulldogs’ front out of the backfield, results could be similar to Tennessee’s win over Alabama last month.

The Vols’ offensive line might be the most underrated position group in the country; it has been excellent all season. With that said, Tennessee’s offensive front hasn’t seen anything comparable to what it will on Saturday in Athens.

All eyes will be in Athens, Ga. on Saturday afternoon with everything on the line. The contest is set for 3:30 p.m. ET and will air on CBS.

Both teams have had such a great season, but it all comes down to Saturday afternoon. It’s hard to confidently pick a winner in this one. If this contest was in Knoxville, it may be a little easier to go with Tennessee. “Between the hedges,” we’re picking the Dawgs.

What to Know About Each Bowl Game...