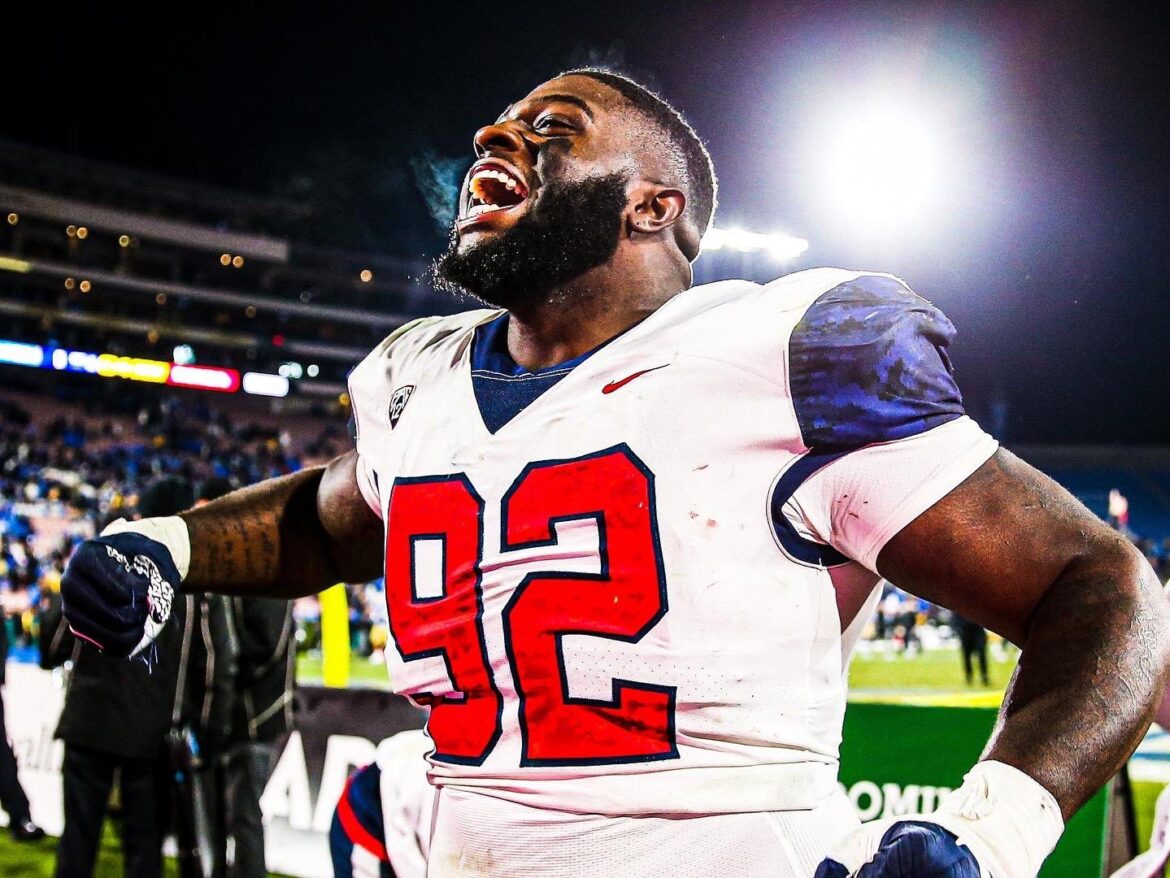 As usual, Week 11 of the college football season had its fair share of upsets. No. 6 Oregon was the only top-10 team to go down, but that might not have even been the biggest upset in the Pac-12.

While most of the country slept, Arizona did the unthinkable. The Wildcats went to the Rose Bowl and downed No. 12 UCLA, 34-28.

For its efforts, Arizona has earned the Week 11 distinction as Fifth Quarter/CFBHome Team of the Week:

Despite being 20-point underdogs, Arizona led most of the way late Saturday night. The Wildcats raced to an early 14-0 lead, but UCLA finally pulled ahead early in the fourth quarter.

After Zach Charbonnet’s third touchdown run of the night gave UCLA a 28-24 lead with more than 10 minutes left, the Wildcats answered to go ahead for good. Jayden de Laura’s touchdown pass to Tetairoa McMillan capped an 82-yard drive to put Arizona ahead with less than seven minutes remaining, 31-28.

Bookending a field goal drive that took nearly five minutes off the clock, Arizona twice stopped UCLA on downs to preserve the victory. de Laura finished with 315 yards passing and three total touchdowns. Michael Wiley rushed for and caught a touchdown while finishing with 97 yards rushing for the Wildcats. Arizona’s Jacob Cowing led all receivers with nine catches for 118 yards.

As impressive as the Arizona offense was, the defense was even better. The Wildcats held UCLA to a season-low 28 points. The Bruins entered the contest ranked in the top 10 nationally in total and scoring offense.

Jacob Manu led the way with 10 tackles for Arizona. Jalen Harris, Jaxen Turner and Ta’ita’i Uiagalelei each recorded sacks in the victory.

A Win to Remember

Entering Saturday, Arizona had lost eight straight road contests. For Arizona, it is the first win over a ranked team under Jedd Fisch and first since routing No. 19 Oregon in 2018.

The win also keeps the Wildcats’ bowl hopes alive. At 4-6, Arizona will play its final two games at home — against Washington State and Arizona State.

While the win keeps Arizona’s bowl hopes intact, it delivers a blow to UCLA’s Pac-12 hopes. The Bruins entered Saturday in control of their own destiny in the conference.

With the loss, UCLA fell to 8-2 overall and 5-2 in Pac-12 play. The College Football Playoff rankings will be released on Tuesday, but in the AP Poll, UCLA dropped seven spots from No. 9 to No. 16. It will host rival USC this week at 8 p.m. ET on FOX.

Arizona’s aforementioned contest with Washington State in Tucson will begin at 2 p.m. ET. It will air on the Pac-12 Network.