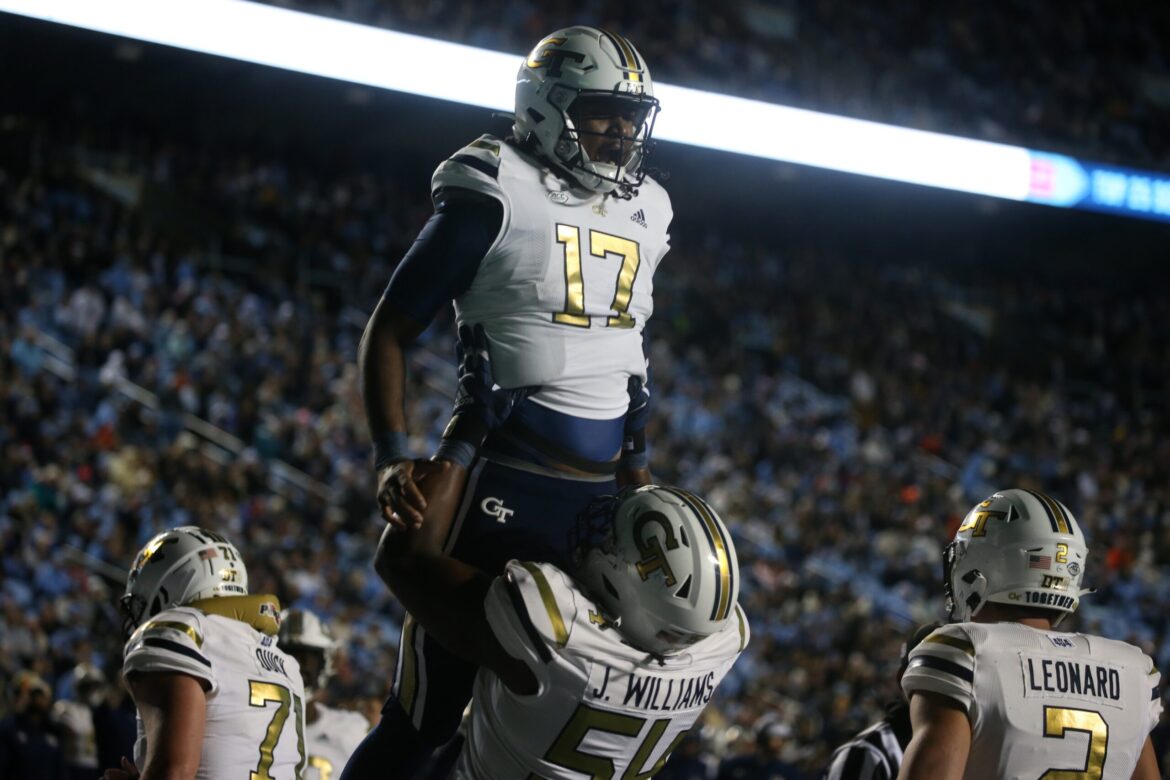 Imagine your fanbase coming into the stadium thinking you had a very slim outside shot of the college football playoffs and then losing to 4-6 Georgia Tech. The Yellow Jackets entered the game starting their third string QB and down several offensive lineman. Everything looked according to plan at halftime until the Yellow Jackets took control of the second half outscoring the Tar Heels 14-0. At least UNC fans can still dream about an Orange Bowl. Georgia Tech is now 5-6 and looking to their instate rivals #1 Georgia next week.

Navy entered the game only beating one ranked team ever in the College Football Playoff. They exited the game with now two wins versus ranked CFP teams. All week UCF fans were telling Twitter they were in competition for the G5 New Years Six Bowl.

North Carolina State has not been the same since Devin Leary went out. They were already barely hanging on in the Top 25. What was a promising season has went downhill at this point.

Ranked Teams that are Currently Losing

Want to talk more about this topic? Consider joining the Fifth Quarter Message Board that has 500+ Active Members!

Best Fits for QBs in the Transfer...