Florida State: A Program Heading in the Right Direction 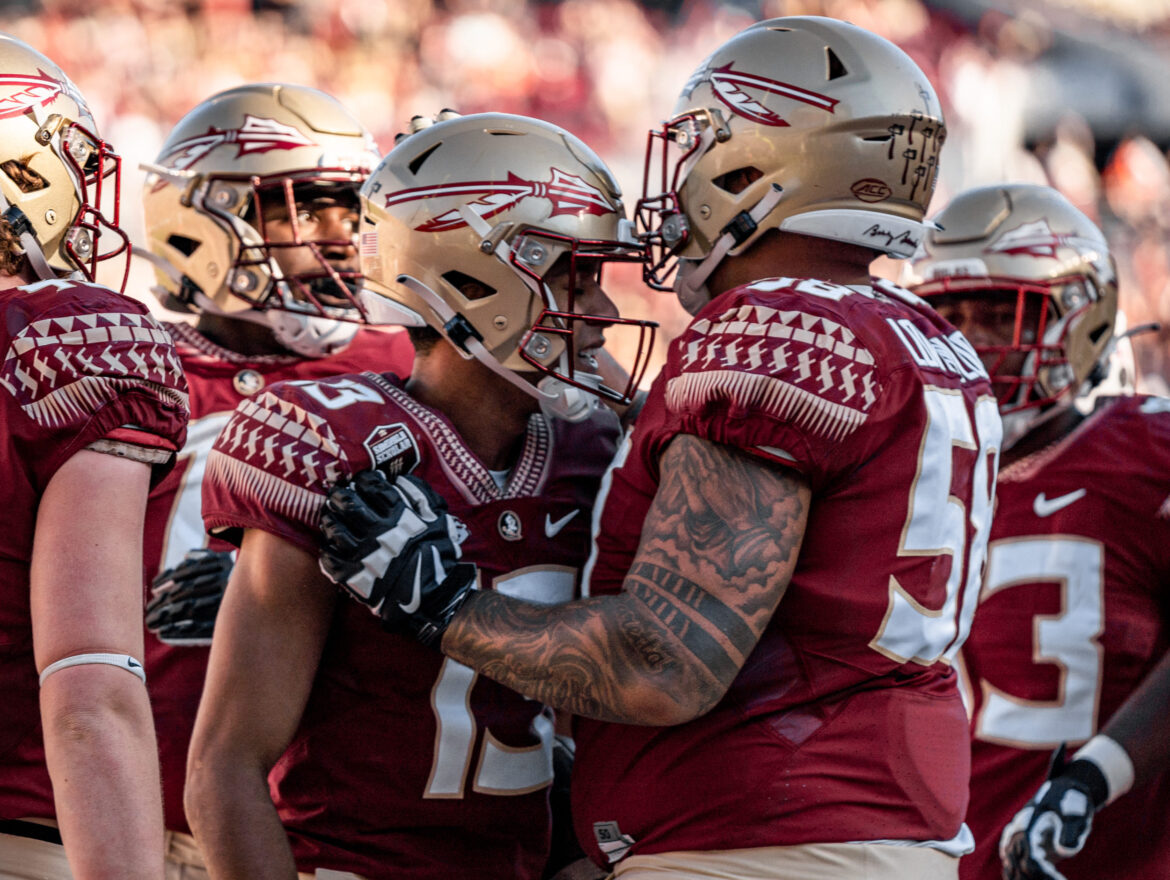 Casual college football fans will look at 5-7, have a chuckle and say something about Florida State football being mediocre.

While there is no denying 5-7 is a mediocre record, there are major signs that the program is heading in the right direction. If you dug a little deeper into their 2021 season, one would see that with a couple lucky bounces, the Seminoles could have easily been an 8- or 9-win team.

In its seven losses, Florida State lost four games by one possession. But this isn’t about coming up short. It is about heading in the right direction.

Most see multitudes of their team’s players entering the transfer portal as a negative thing. For Florida State fans, this should not be the case. Sometimes, when there are so many that exit a program, it can be due to multiple things, such as playing time or not fitting the culture.

The guys that left did what was best for them, but at the same time, this was beneficial to Florida State as well. Players not producing on the field are eating up a scholarship. Elite programs utilize all 85 scholarships at a high level.

Since September, Florida State has seen 16 players enter the transfer portal. That tells the FSU coaching staff that it has 16 free scholarships to work with. Efficiently fill those 16 spots and that is a flip of 19% of the program’s available scholarships.

On the flip side, this has given head coach Mike Norvell an opportunity to use the portal himself and flip the roster how he wants. In 2021, Florida State landed Georgia defensive end transfer Jermaine Johnson II.

Johnson came to Florida State for one season, became ACC Defensive Player of the Year, and probably made a ton of money for his production as a Seminole. Norvell now has a huge recruiting advantage for the transfer portal, as he can show the success he has already facilitated for a player.

Johnson was just one example. Others such as defensive end Keir Thomas, safety Jammie Robinson, running back Jashaun Corbin and offensive linemen Dillan Gibbons and Devontay Love-Taylor have all been solid additions via the portal.

So far, Florida State has capitalized on nine transfers entering the program. That includes former Pac-12 receiving studs Johnny Wilson and Mycah Pittman. Norvell has totally flipped an underwhelming wide receivers room, which was in desperate need of playmakers.

The Best Offensive Line Class Ever

While the nation’s No. 1 overall recruit Travis Hunter flipping to Deion Sanders and Jackson State made headlines on Early Signing Day, FSU quietly put together what could be the best offensive line class ever. Five highly-talented lineman inked the dot on Early Signing Day for FSU and two more are transferring in.

Florida State has been improving under offensive coordinator and line coach Alex Atkins, and it looks to get even better.

Third Year is the Money Year

Everything changed after this. pic.twitter.com/kBQFK7VVqd

Nate Greer from NoleGameday is absolutely correct in his take above. Even when things were heading to rock bottom, Norvell still had his culture sinking in.

Following an 0-4 start, FSU turned its season around by winning five of its last eight games. With important on-the-field needs being met through the portal, recruiting and developing players already on the roster, this third season is the money season.

A culture is the lifeline to a program, and Norvell has guys buying in. Don’t let his 8-13 record fool you. Florida State football is heading in the right direction.

Hawaii: A Program Heading in the Wrong Direction