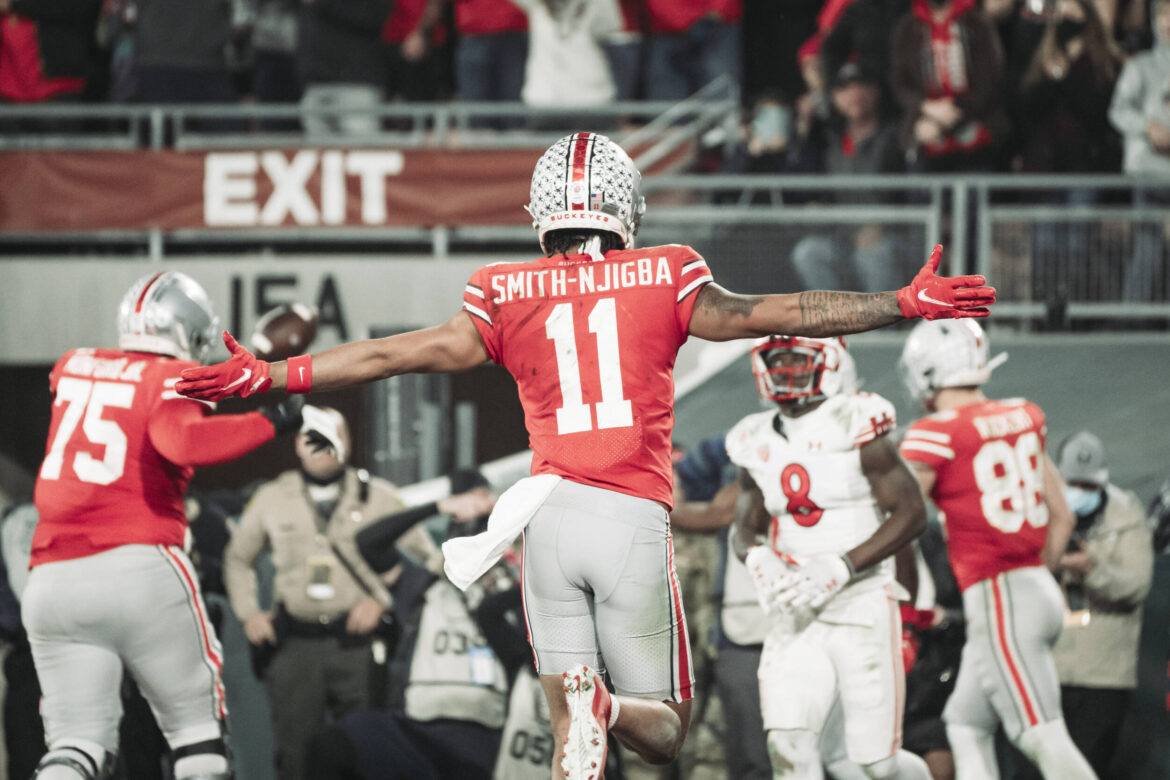 Welcome back to our series of articles going over the preseason win totals for all 131 FBS teams.

Thanks to Playoff Predictors for being a free site that allows each and every game to get picked. To ensure that we didn’t just blindly choose overs or unders, all 131 teams had their schedules picked.

All Power 5 win totals and odds are from June 13, so not all odds listed may be current. Group of 5 odds are not yet widely available at multiple sportsbooks, so those articles will get started whenever those odds are released, but the games have been picked.

Where sportsbooks had differing win totals, the combination of odds with the lowest hold was kept, because sports bettors usually look for the lowest holds before looking at any prices or numbers.

For those unaware, the hold is however much over 100% each side of the bet adds up to. It’s how the sportsbooks win bettors’ money in the long run.

A lower hold is better for bettors. Anything below 2% is considered good, and a negative hold is great because it means the bet is skewed in the bettor’s favor.

The sportsbooks considered — due to having all, or very nearly all, of the Power 5 teams — were PointsBet, FanDuel, DraftKings, and Barstool.

Special thanks to Kelley Ford. We’ll be referencing some of his models that he’s posted to his Twitter (@KFordRatings).

We’re able to take the odds and turn it into expected return. Expected return means how much profit should be expected per $1 wagered if the models are correct.

By his own admission, they’re not perfect. And as the old saying goes, “all models are wrong, but some are useful.”

They’re an interesting piece of the puzzle worth considering, but do not take any of these opinions as gospel. It’s all in good fun and to acknowledge just how wrong we were at the end of the season.

We continue this series with the Big Ten East:

According to Ford’s ratings, there is a 56% chance that the Nittany Lions go under. This gives an expected return of $0.02 per $1 put on the under at Barstool.

The task is to find nine wins. Purdue, Ohio, Central Michigan, Northwestern, Minnesota, Indiana, Maryland, and Rutgers are all teams that we have marked as wins for Penn State.

That means that Penn State needs to just go 1-3 or better against Auburn, Michigan, Ohio State, and Michigan State. There are enough question marks in some of these that we believe it can get to nine.

The reason our confidence is down at a one is because quarterback Sean Clifford is a perfectly mediocre 11-11 as a starter over Penn State’s last two seasons. It also doesn’t help that former defensive coordinator Brent Pry is now Virginia Tech’s head coach.

According to Ford’s ratings, there is a 65% chance that the Spartans go over. This gives an expected return of $0.24 per $1 put on the over at FanDuel.

The job is to find eight wins. Being on the road for Michigan and Penn State certainly makes it harder.

Western Michigan, Akron, Washington, Illinois, Rutgers, and Indiana all should be wins.

Even at home, Ohio State looks like a loss.

That just leaves the Spartans needing to go 2-3 against Minnesota, Maryland, Wisconsin, Michigan, and Penn State.

We give them Minnesota and Penn State, but the argument could be made for any combination over those five games.

According to Ford’s ratings, there is a 68% chance that the Terrapins go over. This gives an expected return of $0.32 per $1 put on the over at Barstool. This is the highest return of the Big Ten East, and second highest overall for the Big Ten.

We say yes, but narrowly.

Buffalo and Charlotte start the Terps off on the right foot.

SMU, Michigan, Michigan State, and Purdue is a four-game stretch that could decide the fate of Maryland’s season. We have Maryland going 2-2 over that stretch — a must for its bowl chances.

It should find wins vs. Indiana and Northwestern before having a bye.

But coming off of the bye week with the stretch of Wisconsin, Penn State, and Ohio State is an absolute gauntlet. After a stretch like that, Rutgers might be a challenging game from exhaustion alone.

According to Ford’s ratings, there is a 65% chance the Hoosiers do not win five or more games. This gives an expected return of $0.13 per $1 put on the under at FanDuel.

It’s not easy to find enough wins for Indiana to go over 4.5 wins. However, it is easy enough to find question marks to only have a confidence of two.

Western Kentucky, Cincinnati, Nebraska, Michigan, and Michigan State are all undergoing some level of major change. Is it enough for us to give Indiana some wins?

Illinois, Idaho, Western Kentucky, and Nebraska are the four wins we give Indiana, with the first and last being toss-ups.

Maryland, Rutgers, and Purdue are also toss-ups, but marked as losses. So, it’s entirely possible that Indiana gets to five or more.

According to Ford’s ratings, there is a 55% chance the Wolverines get to double digit wins. This gives an expected return of $0.16 per $1 put on the over at FanDuel.

Do you know what we call starting with home games against Colorado State, Hawaii, and Connecticut? 3-0.

Michigan gets eight games at home, which means only a measly four road games.

Granted, Iowa and Ohio State are two of the four away games. But Rutgers and Indiana are the other two. Take care of business at home and beat Indiana and Rutgers on the road — there’s 10.

Michigan getting to 10 wins will all come down to quarterback play and finding someone to step up to fill the void left by Aidan Hutchinson and David Ojabo.

All four books had something different between 3.5, four, 4.5, and five wins. The lowest hold was 4.5, so that’s what we’re pursuing.

According to Ford’s ratings, there is a 73% chance that the Scarlet Knights win a maximum of four games. This gives an expected return of $0.16 per $1 put on the under at PointsBet.

Wagner and Temple are the two games on the schedule we deem wins. Rutgers gets a bye week before hosting Indiana, so we’ll call that three.

Thanks to Maryland having to travel to Madison and then Happy Valley before hosting the Buckeyes, we’ll also chalk up a fatigue loss to Maryland for Rutgers.

So, where else is a win for Rutgers? Perhaps the Week 1 road trip to Boston College, or hosting Nebraska in Week 6.

Rutgers has made strides each year under Greg Schiano, but it took a markedly easier schedule to get to five wins last season.

According to Ford’s ratings, there is a 74% chance that the Buckeyes win 11 or 12 games. This gives an expected return of just $0.08 per $1 put on the over at DraftKings.

Much like their ‘friends’ in Ann Arbor, the Buckeyes have the luxury of eight home games.

But, by the time you’ve gotten to double digit win totals, it goes from finding wins to finding losses.

Week 1 against new-look Notre Dame led by Marcus Freeman? He does seem to have the locker room and the current 14-point spread is admittedly surprising.

Week 4 hosting Wisconsin? The Badgers are always a tough out.

A road trip in Week 6 to Michigan State? Coach Mel Tucker appears to be the man for the job in East Lansing.

“The Game” in Week 13 is always hotly contested, and this year should be no different.

The one blemish we give the Buckeyes this year is the trip to Happy Valley. Penn State always rises to the occasion against Ohio State, especially at Beaver Stadium.