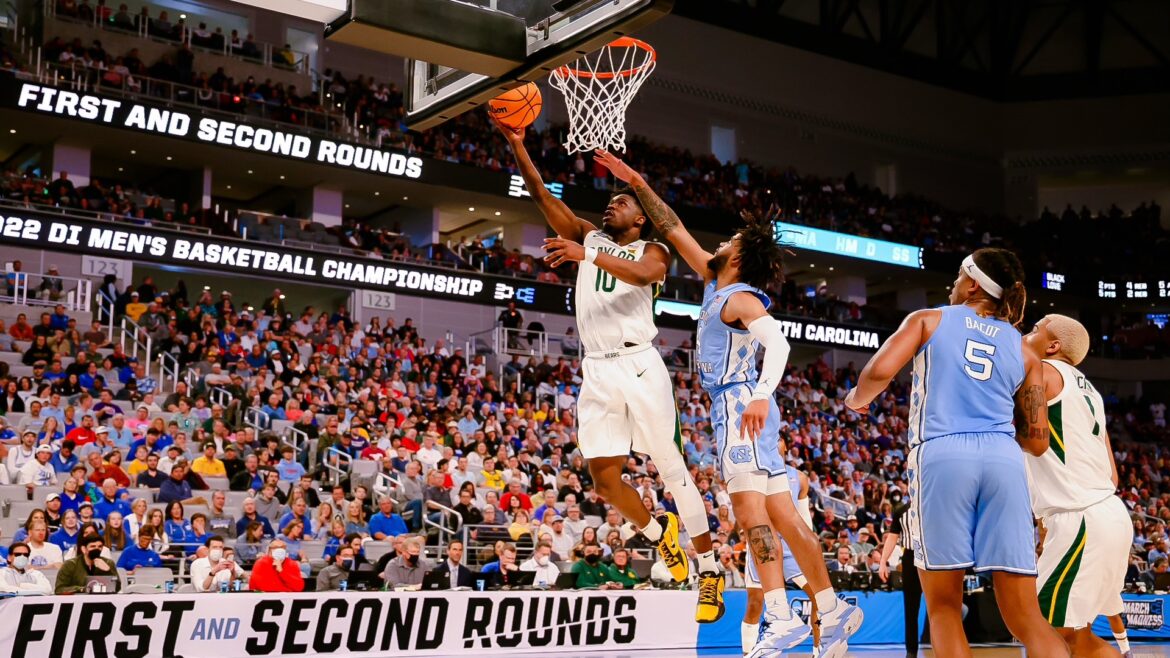 The average Arkansas fan might look at the non-conference men’s basketball schedule in one of two ways.

One point of view is to have the five-star freshmen dangle like sugar plums and not have any worry about what lies ahead. The other, denies that any team should even step on the same court as the Razorbacks, because why play the game?

Both ways, while less stressful, are no fun. Join us as we break down each Arkansas hoops non-conference opponent and what to expect out of each game.

The early parts of the season will be important for head coach Eric Musselman to figure out his rotation and for younger players to get acclimated to the college game. In what we’ll be a multi-part series, we’ll be giving a look at every Arkansas non-conference foe for the upcoming season. The difference this time around is that the game falls in the middle of conference play.

The SEC-Big 12 Challenge will live up to its name this time around. Normally playing host, the Razorbacks will be traveling to take on a familiar foe – Baylor. While the other non-conference games might have needed some convincing of difficulty, this one won’t need much.

The annual SEC/Big 12 Challenge created a blockbuster that awaits the city of Waco in late January. Picked to win the conference while also holding a preseason No. 5 ranking, Baylor will be a known challenge. There’s no other way around it.

Knocking Arkansas out of March Madness on their way to the 2021 title still dwells in the shadows. The heat that the Razorbacks will be packing for their road trip will be worth watching in a rematch many will be awaiting.

Last season, the Bears pulled off a 27-7 record which included a Battle-4-Atlantis title and an NCAA Tournament berth. The team knocking them out in March would be eventual runner-up North Carolina. Dominating conference play, Baylor held a 14-4 record and a surprise Big 12 Tournament exit via Oklahoma.

The great guard Adam Flagler is still at Baylor — much to Arkansas fans’ dismay. Last season, he led the Bears in scoring with 13.8 points per game. Second-leading scorer James Akinjo is gone, however, as are the fourth- and fifth-leading scorers.

Considered a do-it-all guard, it looks to be Flagler’s time to finally take over. The question may be if he’s ready for that kind of pressure.

L.J Cryer comes back healthy as a sniper from three. He wasn’t just an average sniper either. Averaging 13.3 points last season, he shot at 46.8% from beyond the arc on 111 attempts.

Big man on the boards, Jonathan Tchamwa Tchatchoua, also returns for Baylor. A constant threat on the glass, he’s difficult to neutralize. His frame, strength, and bully mentality led him to a team high 6.8 rebounds per game to go with 8.4 points.

He could average a double-double this season. As the prominent force down low, Tchatchoua will be an impact player for the Bears once again.

Overall, seven players return that had meaningful minutes and production last season. Even with lacking experience in certain areas, Baylor still enters the season with elite expectations. While the class ranking may not be notable, Baylor brings in a man that holds a lot of hype himself. Consensus five-star guard Keyonte George will be Flagler and Cryer’s new running mate this season.

George has already been discussed as a potential lottery pick and had the G-League on the table before his commitment. Don’t expect the NBA Draft comments to slow down any time soon. What makes him so interesting is his ability to move about the court and produce from any level on the court. George isn’t the lone freshman in the class, but he does steal the spotlight.

Completing the team are three transfer additions, one of which is from junior college. Dantwan Grimes comes in as a solid force from Kilgore College (Texas). Averaging 12.2 points and 3.7 assists per game, Grimes was a winner at the junior college level.

The most notable transfer is Jalen Bridges, a former West Virginia forward and lockdown defender. Alongside his stellar defensive ability, he compiled 8.4 points and 4.8 rebounds per game for the Mountaineers last season.

When piecing together Baylor’s starting lineup, it’s hard to keep Bridges out. He’s a threat to shut down a team’s leading scorer.

BYU transfer Caleb Lohner rounds out the list. The junior forward averaged seven points and 6.4 rebounds last season. Matthew Mayer is no longer on the roster, but Lohner fits that mold seamlessly.

It should come as no surprise that this contest will be an absolute war on the hardwood. Head coach Scott Drew returns enough talent and production to be elite. Guards Cryer and Flagler, despite their size, present the ultimate challenge for the freshman backcourt of Nick Smith and Anthony Black.

That might be where the game is won or lost. Throwing in George as opposition just presents chaos. Down low, it doesn’t get any easier, but that’s why Musselman filled his transfer arsenal.

While the production from the Baylor bigs might have lacked statistically last season, they are anything but pushovers. Flo Thamba and Tchatchoua would make a fantastic duo at the four or five for any team. Their physicality and anger makes it hard to match up.

When the dust settles, will the experience of Baylor tame the fresh, yet loaded Razorbacks? If this game were in November, it would automatically be chalked up as a loss by many. Considering there will be plenty of time to mentally prepare and mesh with one another, anything could happen.

Two preseason top-10 teams could be top-10 teams when late January rolls around. With so many potential storylines on the table, it will be difficult to wait until then.

Assessing the UF Defense through Week 2